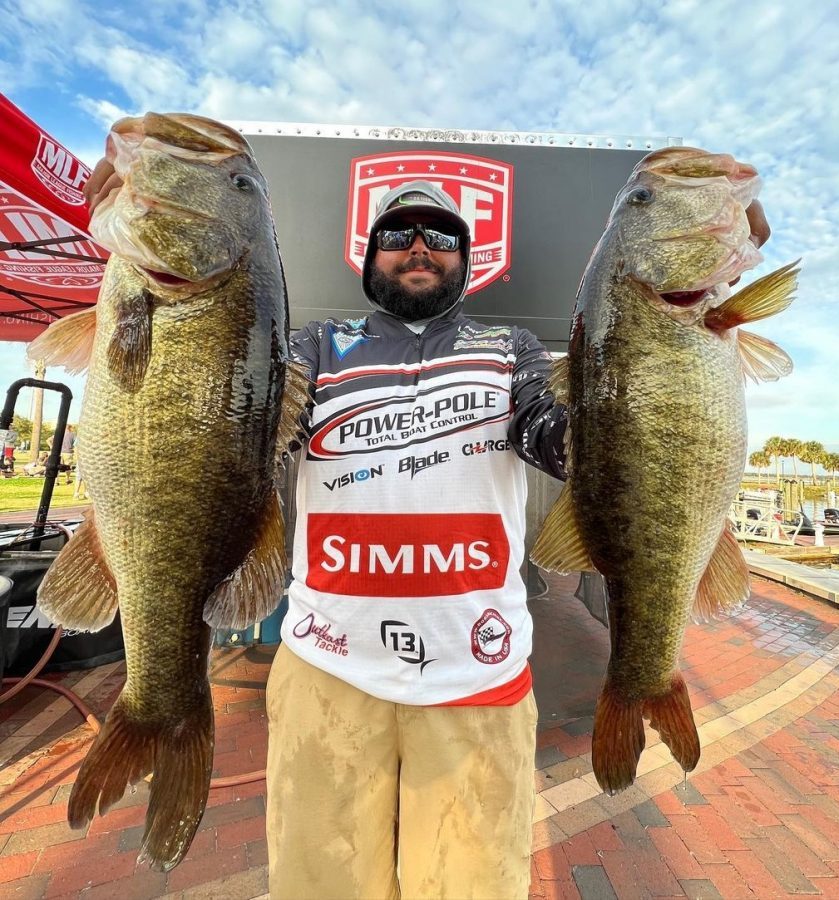 “Last week I fished another big event and did decent. Then I worked all week and didn’t have any practice but wanted to go at it again with the same strategy,” said Rocamora, who earned his first career victory in MLF competition. “I spend a lot of time fishing here – these are my home waters, and this is my favorite place in the world to fish.

“I went straight to the lock and locked through to Lake Kissimmee,” Rocamora said. “I fished the north end, targeting a couple of shallow hydrilla flats that are normal prespawn staging areas. I threw a black-and-blue 3/8-ounce Z-Man ChatterBait Jack Hammer with a Gambler Little EZ and a 13 Fishing Loco Special jerkbait.”

Rocamora said he had a “milk run” of hydrilla flats that he targeted, making seven or eight different stops before noon. He spent the afternoon casting pads with a Gambler Fat Ace, and said he also boated two solid 3¾-pound keepers on a 3/8-ounce Outkast Tackle RTX Flipping Jig with a Gambler Little EZ.

The Top 10 boaters finished the tournament in:

Complete results can be found at MajorLeagueFishing.com.

Pigue boated an 11-pound, 9-ounce giant that was the heaviest of the event in the Boater Division and earned the day’s Berkley Big Bass Boater award of $1,000.

The Top 10 Strike King co-anglers were:

Anthony Cruz of Mount Dora, Florida, caught the largest bass in the Co-angler Division, a fish weighing in at 8 pounds even. The catch earned him the day’s Berkley Big Bass Co-angler award of $250.

The 2022 Phoenix Bass Fishing League Presented by T-H Marine is a 24-division circuit devoted to weekend anglers, with 128 tournaments throughout the season, five qualifying events in each division. The Top 45 boaters and Strike King co-anglers from each division, along with the five winners of the qualifying events, will advance to one of six Regional Championships where they are competing to finish in the Top Six, which then qualifies them for one of the longest-running championships in all of competitive bass fishing – the Phoenix Bass Fishing League All-American. The 2022 All-American will be held June 2-4 at Lake Hamilton in Hot Springs, Arkansas, and is hosted by the Arkansas Department of Parks and Tourism and Visit Hot Springs.

The Top 45 boaters and Strike King co-anglers plus tournament winners from each Phoenix Bass Fishing League division will also earn priority entry into the MLF Toyota Series, the pathway to the MLF Tackle Warehouse Pro Circuit and ultimately the MLF Bass Pro Tour.